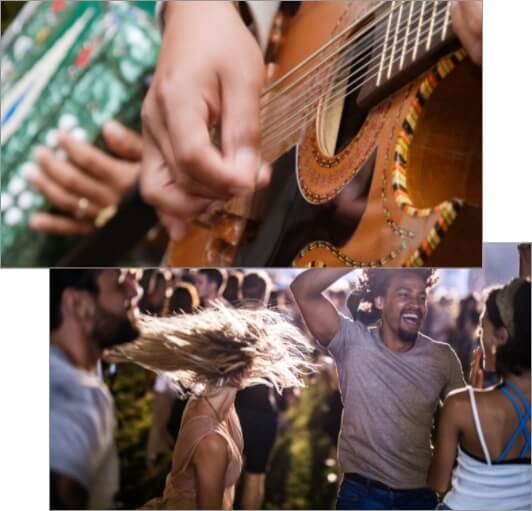 THE HIPS DON’T LIE, THEY SHAKE THINGS UP

The way-back machine flies into the early 90s and scans the playlists with every hit song on those CD towers. That’s when the hits hit you and you hear the sea of change from back in the day with Pop, Rock and Hip Hop owning the charts.

Today, Latin music has shaken up the landscape of music and is a global phenomenon with its passion, fire and the colorful soul of numerous nations. With artists like Paloma Mami (“Not Steady”), Kali Uchis (“Fue Mejor”), Farruko (“Pepas”), Camilo (“Pesadilla”), and C. Tangana (“Demasiadas Mujeres”) the new wave of Latin music is often fused with rock, folk, reggaeton and disco for a more eclectic, raw and body-rocking fiesta.

Unlike back in the day when the rhythm of the night was literally off the charts, today, Latin music is topping them. It’s a movement. It’s a moment. It’s a culture. And it’s so American.

Unsubscribe from all mailings by entering your email and password.